Rachel and Andy chose to have a Claridge’s wedding for their intimate midweek ceremony a few weeks ago.Â They live in Norfolk and chose to come to London for their wedding on a Friday with their two best friends, before spending the following evening seeing Take That at Wembley for Rachel’s birthday.
First up – the boys. Â They looked jolly smart with Andy wearing a shirt that Rachel had given him for his birthday. Â We were in the Claridge’s boardroom – with Amanda and Barbara – Westminster Register Office registrars waiting for Rachel. After the ceremony, we moved to the mezzanine floor for some wedding portraits of Rachel and Andy. Â 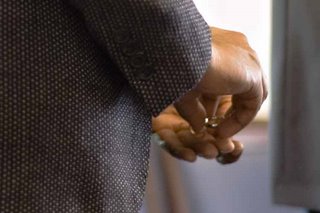 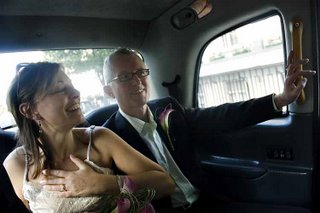 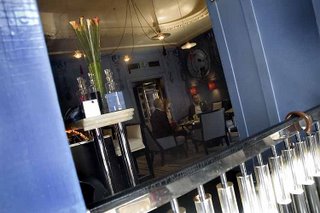 Rachel & Philip married with two of their best friends as witnesses on Thursday at Westminster Register Office’s Blue Room. They continued their celebrations with champagne at the Berkeley Hotel’s Blue Bar, where I left them. Despite rain all week and Thursday morning, the sun cleared for their ceremony and there were fabulously blue skies later in the afternoon. It was such a privilege to be part of an intimate ceremony, putting on record their vows and celebrations. Their best man did a great job keeping their rings safe and presenting them at the right time.

Earlier in the week, when I moved into my place, the rain meant a rainbow over the view from my balcony – Greenwich’s Dome with its yellow supports on the left, to the Observatory on the hill to the right. I took it as a great omen – the first hour in my new home and studio, sipping a G&T, and I get this view!