Tango in the gallery

Two of my favourite things are tango and art … and tonight they were combined at Dulwich Picture Gallery in an event organised by the gallery Friends. Escolaso Tango Trio, a trio of guitarists, played and Ivan Arandia and Natalia Thorn danced the length of the galleries for many of the pieces. I’ve just spent a long weekend visiting Southport to dance with more than 1000 modern jivers. I didn’t even know I was going until a ticket became available late on Wednesday night and was confirmed on Thursday. There was frantic packing ready for a train on Friday and it was the most wonderful weekend. Vincent and Flavia from Strictly Come Dancing were teaching Argentine Tango and a number of other ballroom dances. A couple of West Coast Swing teachers visited from the US – they were so fast and stylish – wow! 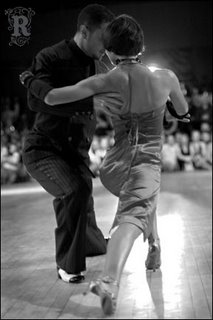 The weekend ticket was arranged by a friend Nick, from Exeter, who had also arranged the trip for more than 20 people across about six adjoining chalets, complete with catering. It was his 30th birthday on Friday, so his Exeter friends had joined together and bought him a private lesson with Vincent and Flavia as a surprise. What was even more surprising was that during Saturday night’s cabaret when some of the teachers performed routines, Flavia asked Nick into the floor for a tango in front of the crowd. He said later that he hadn’t danced tango for months – and if he’d known, he would have put in a couple of lessons to get his basics up to scratch. It was great to capture his face – both during the lesson and during the cabaret. He did so very well – in the lesson and in the cabaret.

I had a brilliant weekend, staying up until 5am on Sunday – and with so many dreamy dances they all rolled into a happy blur! There were three rooms where you could dance: a main one with fairly popular music, a latin room and blues room, with slower, more playful music – so you could move between the three.

Below are Nick and Flavia in his lesson and during the cabaret & some of the other cabaret performances. 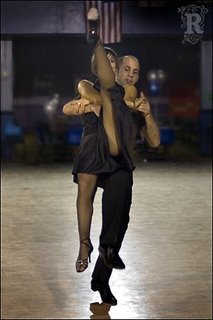 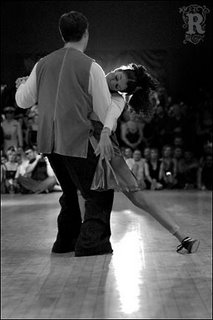 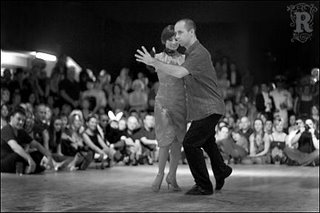 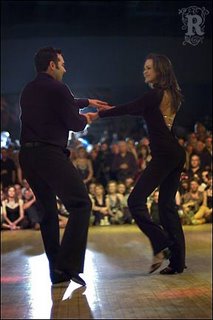 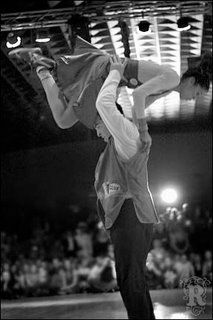 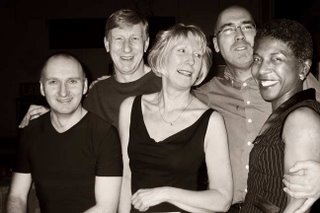 I’m sure you’re not meant to go to a milonga or tango night after just a couple of lessons, but I did because a group of friends (with assorted tango skills) were going, including people from Devon. Anyway, they are, from left, David, Jon, Julie, Clive & Carol. It was a great night – a beginner lesson for 90 minutes, then lots of tango … then a quick realisation that I needed to leave so that I could get home on public transport. It was such great fun (apart from crash salsa for 20 mins or so). 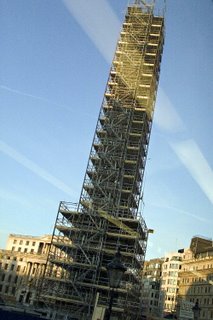 When coming through Trafalgar Square this week the usual Nelsons Column was hidden with scaffolding for its cleaning, restoration and “pigeon-proofing” work. It’s due to be finished by July.