I’ve just got back from an Engagement or “E” portrait session with Gemma & Matt, who are getting married next month. They’re a fab couple who love the views on either side of the bridge, so we incorporated these in their portraits. They thought that they would be able to look back on the skylines in years to come and notice the changes, just as their relationship will change over time. We also did some shots in the bridge stairway and along the river where there was delicious light. Can’t wait to shoot their wedding.
I shot Kate & Vinny’s wedding in West Sussex yesterday. The day was amazing, with Kate wearing a Christiana Couture dress, stunning floral displays (loved the fuscia feathers) and a steel band playing in bright sunshine. It was also a great chance to catch up with their friends Sarah & Stephen, whose wedding I shot a couple of summers ago and who now have a six-month-old son. Kate & Vinny’s vicar spoke wholeheartedly about the support a husband and wife need to give each other as well as that needed from friends & family to keep a marriage strong. One of the reasons I love capturing weddings is that in the tough times, couples can look at their photographs and remind themselves how they felt when they got married. This photograph was was one of a series taken in what appeared to be total darkness. 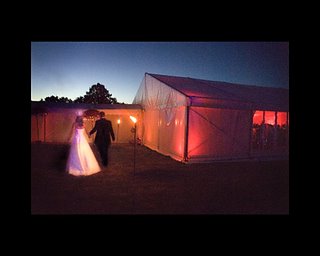