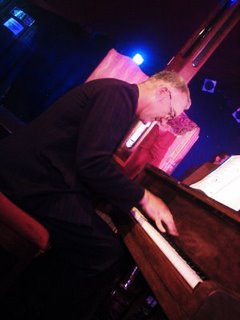 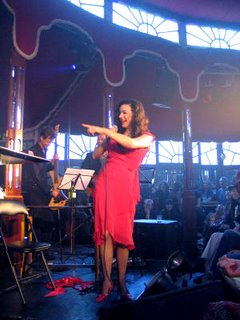 Last night I saw a fearless singer and performer Camille O’Sullivan at the Spiegeltent at Brighton’s Fringe Festival. She sang a lot of Nic Cave (not my favourite repertoire, by a long way) but was absolutely riveting. There was nowhere she would not go. Songs ranged from a souped up “In These Shoes” to French songs her mother would play when she was a child and ended up as a total rock chick. I got a front row seat, almost sitting on the piano player. When Camille moved around to sit on a speaker near the pianist, we were practically knee to knee. She’s also someone who makes eye contact with members of the audience, which could be quite unsettling – in a good way.

It was an amazing, amazing show ending with Camille sculling half a glass of wine before popping out to the entrance to sell her CDs and posters. Somehow, too, when Camille & the band were taking their bows, the saxophone player ended up rather closer to her cleavage than he’d been before. Not sure he’s going to be the same. Now, to see Camille and China Forbes from Pink Martini together … that would be something else again. And definitely I’d love to photograph both of them.

Today, I’ve also been playing Aunty Becky while my sister Kirsty has a night in Brighton (also seeing Camille). We went to Crystal Palace Park in search of dinosaurs but found cafe food and a gorilla instead – infinitely more scary. 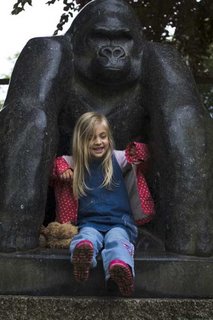