Catching up on photographs I’ve taken in the last couple of weeks, so here are Mel & Ed’s London engagement portrait session taken one morning. They very kindly agreed to get up very early for wonderful light – and weren’t disappointed, despite the 7am start. 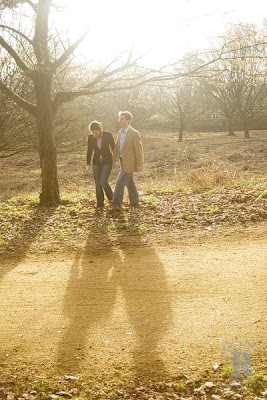 When the sun was a little higher in the sky, we visited this muddy track. 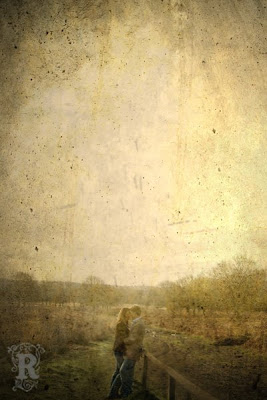 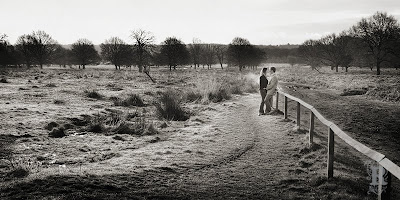 After a very short while, storm clouds were gathering and there was a very bright, direct kind of sunlight that happens just before heavy rain against heavy skies. It gave us a great opportunity for this portrait. We were quick, thankfully, as the light died minutes later. 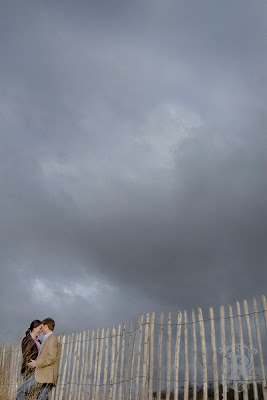 Our last stop was in Richmond, because Ed loves the village green. As we found parking and his favourite haunts, it became clear that he navigates by pubs. This has been proven to be an entirely valid navigation method, as is navigation via cake shops (my preferred choice!) In honour of Ed, we had to take some photographs in this aptly named street … alongside a chocolate shop … something more for Mel. 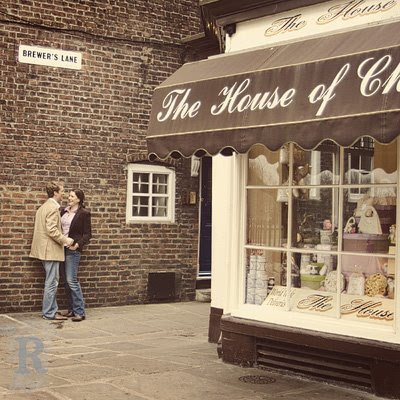 It’s going to be exciting working with them both in Cornwall next month for their wedding.