I planned a long weekend in Brighton for a bit of fun and fresh air and it was delicious. I’d taken a camera but left the hotel without it, immediately seeing a seagull shot I wanted … so “had” to turn back and collect said camera. The seagull had obligingly stayed where I’d originally seen it, gave me one shot then flew off. 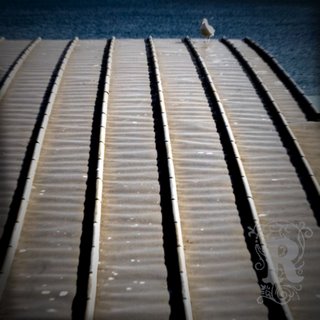 The shopping was fun. I especially liked Red Poisson kitchen shop with mymaison glass plates and the White Cafe with really good blues music (& bourbon to match). There are a million and one independent restaurants in Brighton – and I was tempted to dream about living there, but found that all I visited allowed smoking. I’m sorry, you’ve lost me – until the smoking stops, I don’t want to go back (well, except for perhaps seeing Camille O’Sullivan at the Brighton Festival in the coming weeks).

Some other photographs I took post shopping all seemed to involve seagulls (and waiting for them to fly where I wanted them to). They’ve all been processed with an action that mimicks the look of a photograph taken with a Holga camera. The watermark on the right-hand side is also part of my new branding which will come on stream in the coming month. 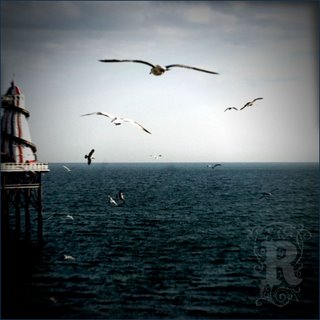